Alex and the Wolpertinger -The Monster Inn by Koos Verkaik

Children’s books can be interesting and often be highly entertaining for both children and adults. The books often are filled with great stories along with creative and color artwork. The stories are often unique and told from the side of a narrator. It’s just such a book that I recently read that has many of these pieces with the pages. The story is well written and I found four things to be key in the book. They are a boy, a cat, a Wolpertinger, and a cheese sandwich.

I’m sure as many read that opening paragraph they will wonder what a Wolpertinger is, or how a cheese sandwich fits into a children’s book.  The fact is they fit very well and as you read the book by author, Koos Verkaik, you will soon learn just how well. The artwork that accompanies the pages will help explain even more what a Wolpertinger is and bring the creature to life within the pages of Alex and the Wolpertinger – The Monster Inn.

So, you want to know what a Wolpertinger is. I hear you asking and a brief answer is they are a magical creature that live in the Downhills and will at times enter the world of man. This is not where the story begins at all as we are introducing to poor Alex who is looking for things to eat in the forest. It is here where he will find himself introduced to a very large prince who will find the boy entertaining enough to take with him back to his castle and put him to work.

Alex ends up working in the kitchen and will introduce the Prince and his family to a simple but tasty treat. Alex will take cheese and have it melted on bread and here is the cheese sandwich I wrote about earlier. This is not the first appearance of the treat as in the instance here the sandwich may be what saves Alex’s life.

Alex makes friends with the staff and eventually even a magician that stumbles, no runs into, the castle. The best friend he will make is the old cat Chum who will eventually follow Alex on his adventure to the Downhills in search of the Wolpertinger. It will be in this land far below our world where the pair will be introduced to many new characters. They will come to trust the young boy and his cat but only after some “trials”.

I realize I am being a bit vague when discussing the book but that is intentional. The point is this is a children’s book and even so does have an interesting plot. The book is one that should be read to fully discover what I mean by some of the bread crumbs I have left within the review.  The truth is many will enjoy this book as we follow along with Alex and Chum. It is the start of a series and as an opening book you will wish to read more. 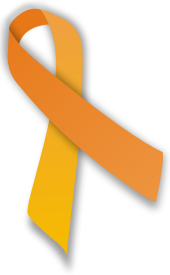 I know I promised more book reviews and those are coming. I just know that if you use Facebook and know anyone else with Multiple Sclerosis you may have seen posts stating that March is Multiple Sclerosis Awareness Month. I can honestly say I am not sure if that is a national event, or not, but I want to do my part and bring some awareness to MS.

I have not seen much in the way of awareness being brought to the disease other than those images. I realize at the time I am writing this the month has already started but I’m sure you know by now MS is something I deal with daily and want to get people to understand it more. I also want people to understand it’s not a death sentence, don’t hide, and most importantly NEVER give up.

MS is often called an auto immune disease and there is no known cause. There are theories out there that it could be genetics and environmental factors or even something from an infectious disease. I do know it’s more prevalent for those who live up North where they may not get enough sun. It’s why many doctors push Vitamin D when they are diagnosed.

I personally like to call MS the “Chocolate Store” disease as your average box of chocolates does not hold enough pieces to handle the differences possible with MS. I do believe I read an article sometime back that state there are at least 50 different problems that can lead to a MS diagnosis. So, this is why I believe the “Forrest Gump” analogy of, “Life is like a box of chocolates” doesn’t work here.

When it comes to my personal diagnosis story it started just over 10 years ago. I had just begun a new job and had instances were my arms just started to flex without me doing anything. Flexing is probably the wrong term but my arm muscles would tighten and this forced my arms to bend in toward my chest. I got to say scary and when it happened in the car as I drove to work it was time to get serious. I also had issues with severe cramping like feeling in my legs. I had thought maybe a potassium deficiency but I was wrong.

These problems required me to get all types of medical testing. The hooked up sensors to my scalp, and that glue not fun to get out of your hair. They pushed needles into my arm to test nerve reactions. The final major test that proved everything they thought might be going on was an MRI. I will say I’m not a fan of those and today need some meds to relax me or it is not happening. Either way the results came back there were these white blotches in the MRI results on the brain and even the spine. It was official I had Multiple Sclerosis.

I believe I have shared this in a past writing but I got to say I took the diagnosis in stride. I did not see it as a death sentence. I was told I had relapse remitting which is a type of MS that will come and go and for many of my years I believe I am in remission. The point is I knew I had to be positive that getting down on myself, even contemplating my funeral would not do any good. I had to think of how I want to spend my life, and I decided on staying positive. I am sure family members took the news worse than I did but I hope by staying positive and explaining to them what may or may not happen it helped them.

You see that is why we need an awareness period with MS. It’s sad but as a recent actress showed people hide the fact they have the disease. They are afraid of how people will react, how their employer may react and more importantly their family. I should avoid this analogy but it seems that people are much more willing today to come out as gay, or transgender, than to say they have MS. I realize that statement is a stretch but look around the world is accepting people’s different sexual orientations more and more. However, there is a stigma with disease like MS were people are afraid to admit they have it. I get many reasons on why that could be, but as in anything in life when you have a problem you must admit to it. As for MS I love to say, “I have MS, it does NOT HAVE ME”.

The positivity that you can find by connecting with people with MS through support groups, either online or through MS organizations are huge. They can help you find others in similar situations but not always the same. I did mention my chocolate store analogy for a reason. The key is do not be sorry, upset or give up on anyone who gets a MS diagnosis. The medicine and treatments have come a VERY long way since the disease was first found.

This is also a disease that will hit anyone from race, creed, religion, ethnicity, and celebrity status regardless of who you are. So the key to tell someone with MS is no matter what you think you are not alone and just be their friend. Reach out to those you may know who have the disease and instead of saying sorry ask them how they doing. Even better ask if there is something they want to talk about, do for the day and just be there for them. I for example do NOT want to be treated like I’m made out of eggshells.

You will find people that are ignorant, who say they care, and do not back those words up. I have seen this myself but well I like my job so will not go further. I will say my immediate supervisor, and coworkers, have been very understanding and backup what they say. Now, back to the point, those negative folks need to be cut out of your life as negativity breeds depression, and depression is a major side effect. (Mental note that sentence was really long) Ok so by now as you have been reading you have noticed I am mixing some humor within this post as that is who I am. I want people to see I am me and I have my up and down days just like anyone else with MS. I for one just want people to understand that and be there regardless of the type of day.

I hope this long post opens up some of your awareness to MS and I will close by saying much of this is based on my experience and observations of others with MS. I cannot speak for all as there is just too many versions of the disease and how it may impact someone. I will close by listing just a few of the celebrities that have MS and still are alive and kicking now and working in their trade. I’m doing this to help show regardless of who you are it’s your mindset and how you react that, to me, is the biggest help when dealing with MS.

Celebrities Past and Present

Posted by knightmist on March 9, 2016 in Multiple Sclerosis, Personal